The display articles were manufactured of "Hungarian silver", i.e. bauxite, the raw material of aluminium, which can be seen in the centre of the hall. The drab, shoddy utensils exhibited on the surrounding shelves are characteristic elements of the period's daily life, the determinants of the general mood.

“Industry was an ideology and factories its producers. This caused a shortage of goods, but an abundant supply of words and work songs.”

Stanko Todorov, Secretary of the Central Committee of the Bulgarian Communist Party

The characteristic feature of communism is that it can destroy any economy in a very short time. Neither economic efficiency nor the protection of nature were important to the communists. The Soviet Union saw the occupied countries as colonies, and unscrupulously used their resources for its own purposes.

Hungary was forced into the production of aluminium, and uranium ore had to be mined in the Mecsek to supply the Soviet nuclear industry – with no concern for profitability and the huge environmental pollution involved. The raw material for aluminium – bauxite – was mined in Veszprém and Fejér counties. In the 1950s and ‘60s, aluminium utensils could be found in the kitchen of almost every Hungarian family. In government propaganda the light metal, which was also indispensable for the arms industry, was called “Hungarian silver” 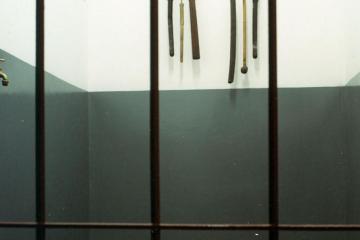