Hungary remembers victims of the Holocaust and Vilma Bernovits

Antal Rogán, the minister heading the Cabinet Office of the Prime Minister, and head of the Unified Hungarian Israelite Community, Chief Rabbi Slomó Köves participated in the commemoration and open air concert to remember the victims of the Holocaust. Paricipants were welcomed by Director-General of the House of Terror Museum Mária Schmidt: „We have been commemorating the victims of the Holocaust with an open air concert in front of the Museum for the past ten years, and each year the commemorations serve as a warning for both present and future”.

It is through commemoration that the important is separated from the unimportant, because we can only commemorate that which truly moves us”, she pointed out.

„What never should have been allowed to happen happened, and the communities that retained their sobriety have always known that what happened was the denial of everything on which our homeland and Europe are built, and of everything we can be proud of”, she highlighted.

Director-General of the House of Terror Museum Mária Schmidt stressed that “In Hungary we stated the names of the guilty and served historical justice, but we perhaps deal too little with the lives of people who serve as worthy examples such as the life of Vilma Bernovits, whose moral strength always provides direction and who we can be proud of”. 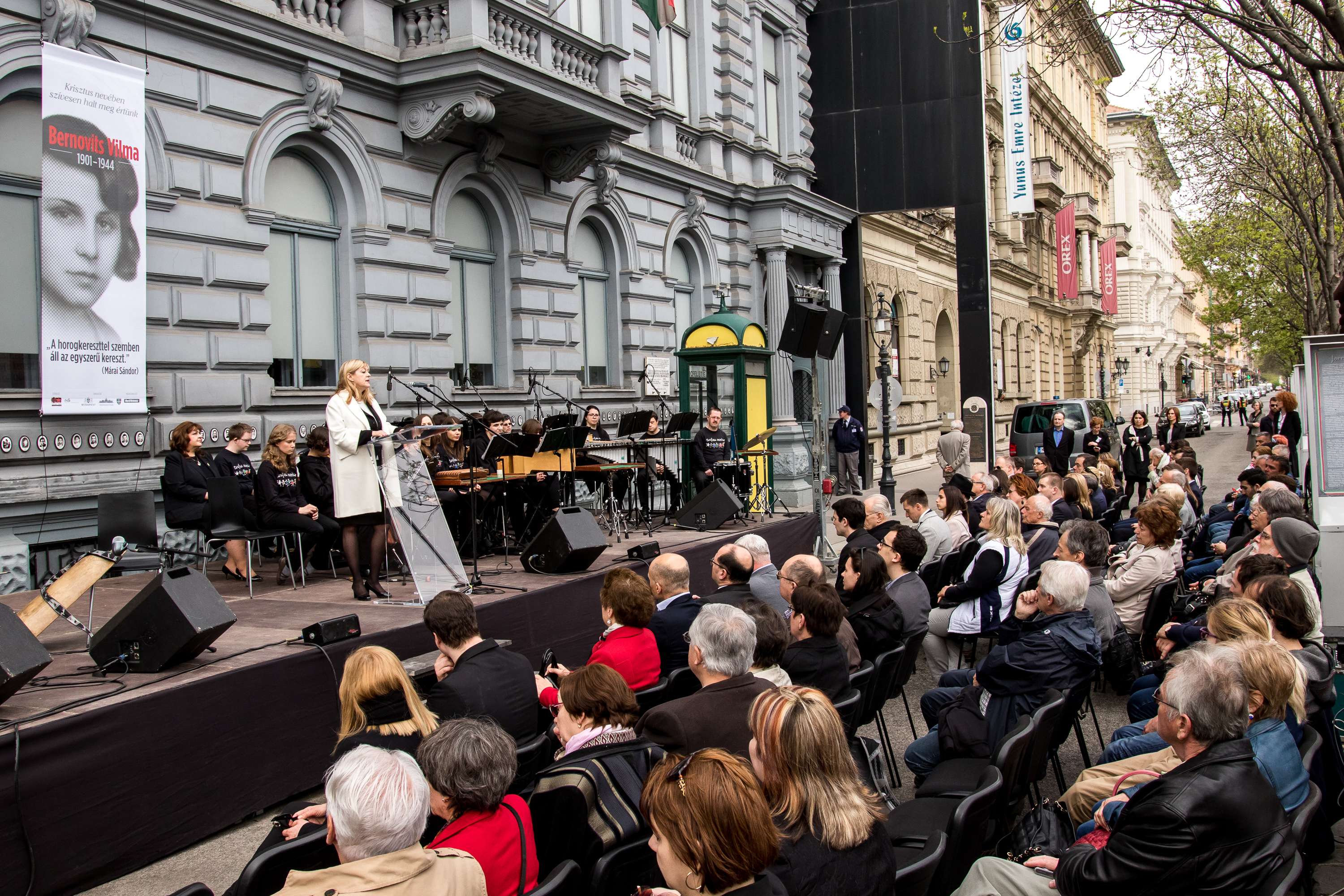 “The facts must be stated, because their presence in the National Assembly is unworthy of the memory of the victims (of the Holocaust) and is unacceptable”; no decent person can tolerate them continuing to be Members of Parliament, he said.

Antal Rogán added that on this day “We commemorate those we lost in inhuman conditions during the Holocaust”. The Minister heading the Cabinet Office of the Prime Minister said that the tragedy of the abducted people stays with us to this very day.

“Every tenth victim of the Holocaust was Hungarian and the people who were dragged off were those who wanted the best for the country; innocent men, women and children were made scapegoats and murdered”, he pointed out. He also stressed that “there were some who entered foreign service and betrayed the Hungarian nation, who sent their Jewish compatriots to their deaths and by doing so humiliated the whole country. 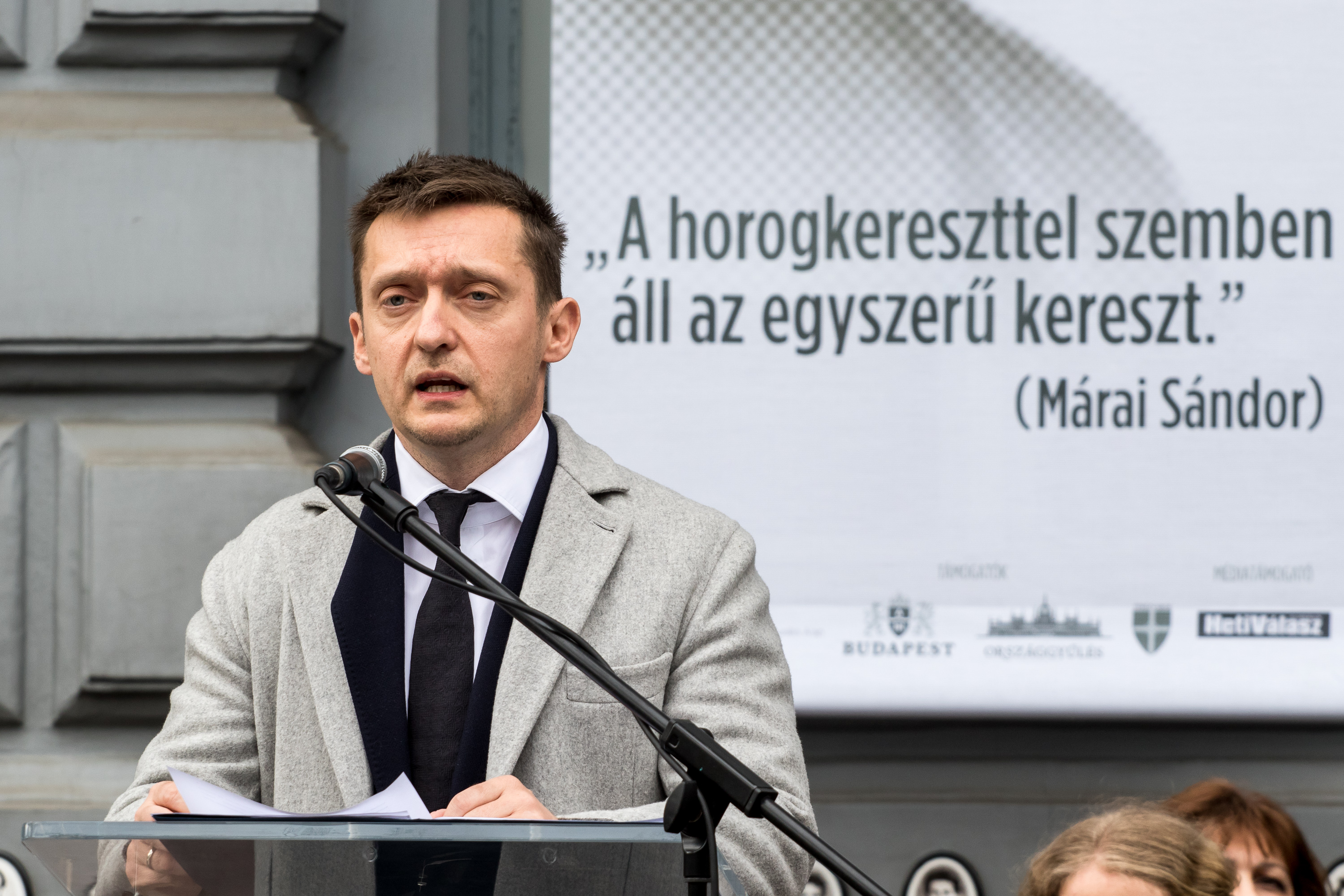 Mr. Rogán also said that we must face the whole truth, and no matter how difficult it is we must declare that the Hungarian state at the time was incapable of protecting its citizens, and the fact that the same thing occurred in other European countries is no excuse.

“These events must be remembered so they can never happen again”, Mr. Rogán stressed.

We shall not forget those people, including Vilma Bernovits, who protected their persecuted compatriots in those dark times. He reminded that Vilma Bernovits was known to have come from a wealthy family, and despite that fact „she chose to help the poor and needy from a very early age”. She served them with her life and death.”

In his speech Chief Rabbi Slomó Köves said: “These days there are more and more Holocaust commemorations and one would think that this should have a positive effect on people’s thinking. But according to studies by the Action and Protection Foundation the number of people with holocaust denying views increased from 9 percent to 19 percent between 2006 and 2016”. 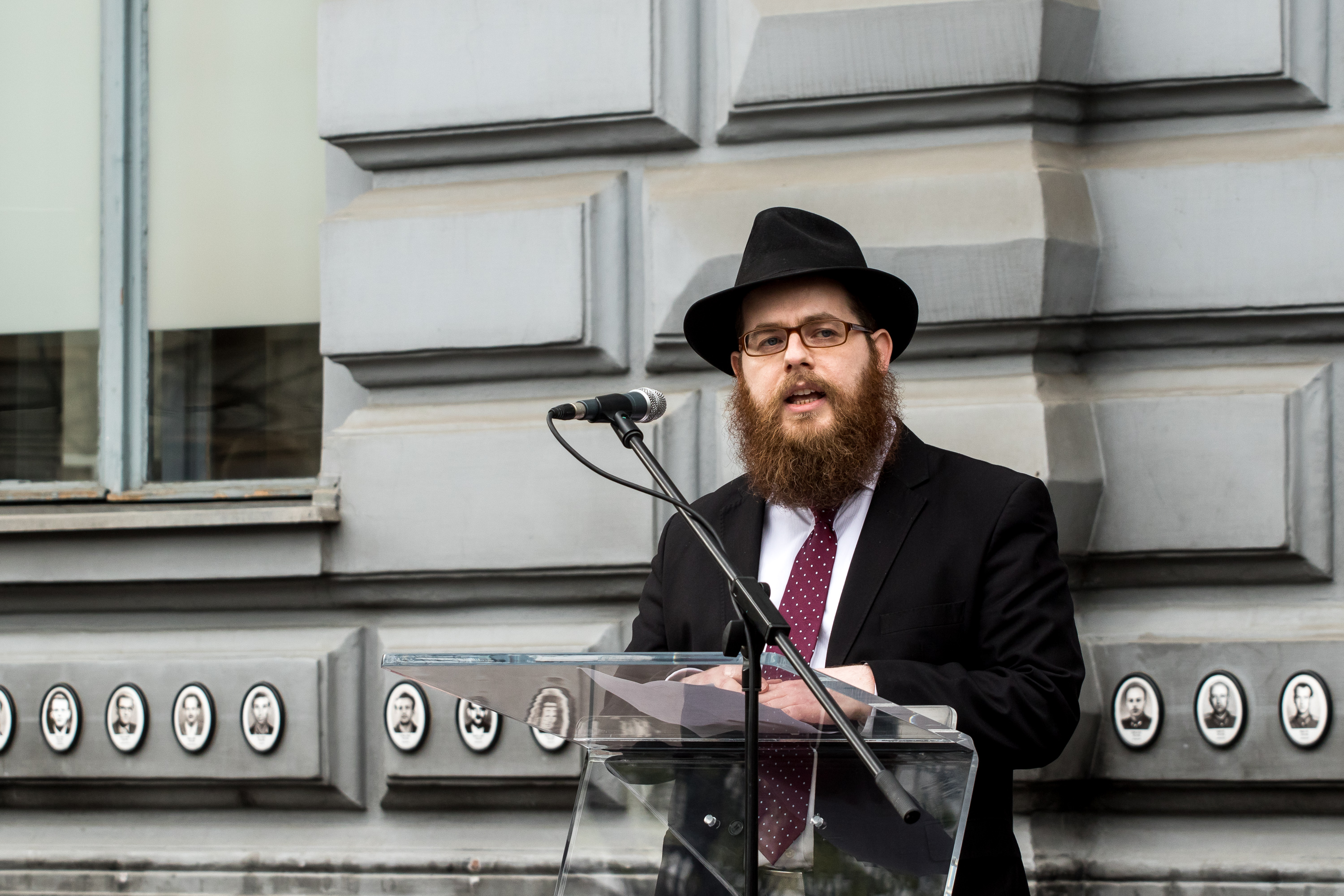 The Chief Rabbi, head of the Unified Hungarian Israelite Community, emhasized that in his opinion public dialogue shouldn’t be about “measuring” whose grief is greater, or about who bears the greater guilt, in addition to which we must also move beyond the fact that commemorative events are often full of “hollow and empty phrases” and regularly repeated statements that do not compel people to think.

Rabbi Köves stressed that remembering the Holocaust is important to everyone and we remember because remembering should have a positive effect on everyone. The commemoration was concluded by the performance of the Parafonia ensamble and the Romengo Olah Gipsy Band. 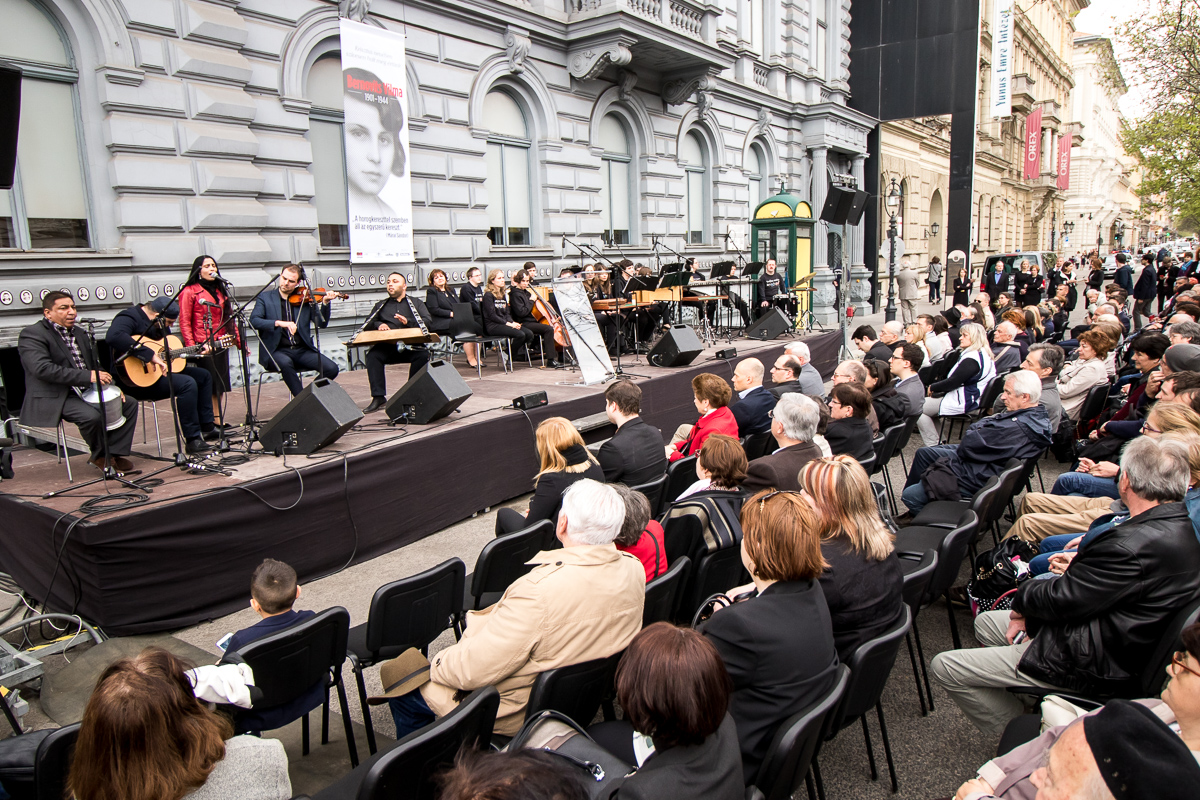 Martyr and theology teacher Vilma Bernovits (1901-1944) regularly took food, clothing and identification papers to those in need after the capital’s Jewish ghettos were set up. Many have her inventiveness and devotedness to thank for their lives. In December of 1944 she was arrested by the Arrow Cross together with Sára Salakházi, a nun from the Sisters of Social Service Catholic women’s institute, and taken to the Pest bank of the Danube, where they were stripped and shot and their bodies thrown into the river.