The history of the museum

Having survived two terror regimes, it was felt that the time had come for Hungary to erect a fitting memorial to the victims, and at the same time to present a picture of what life was like for Hungarians in those times. 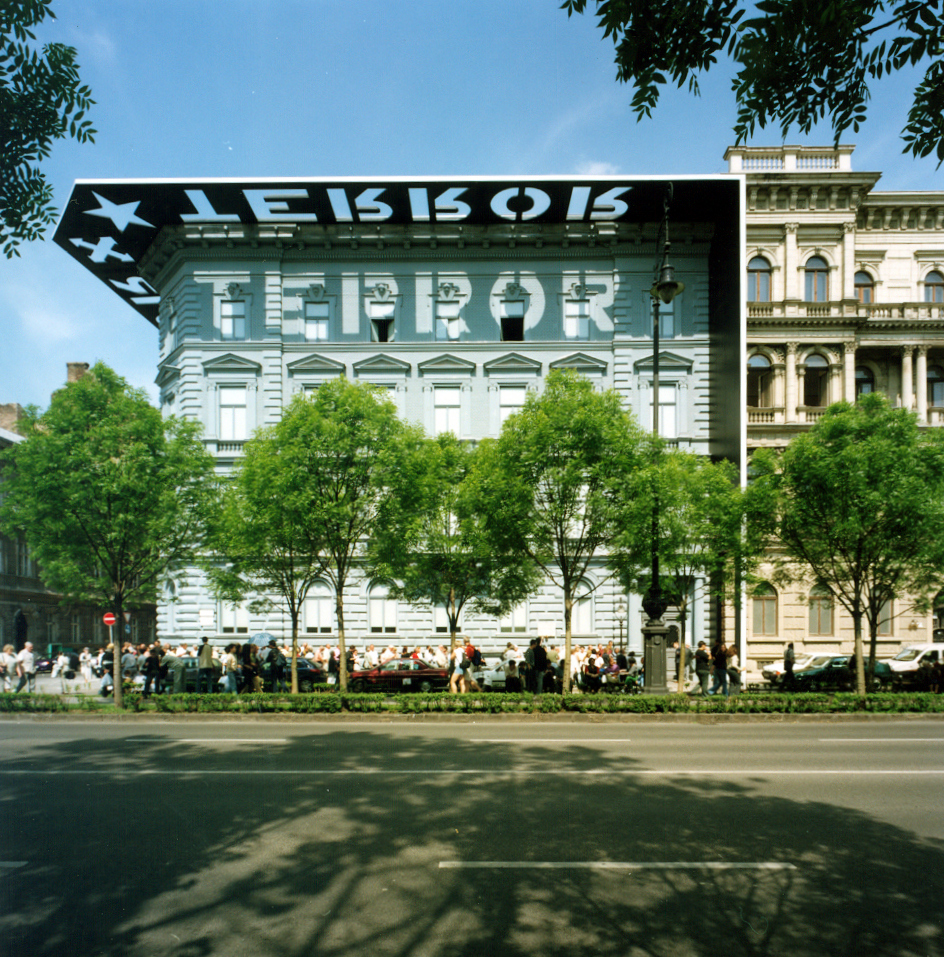 In December 2000 ˝The Public Foundation for the Research of Central and East European History and Society˝ purchased the building with the aim of establishing a museum in order to present these two bloody periods of Hungarian history. Dr. Mária Schmidt is the Director-General of the House of Terror Museum, which was completed in February 2002.

During the year-long construction work, the building on 60 Andrássy Avenue was fully renovated inside and out. The internal design, the final look of the museum´s exhibition and the external facade are the works of architect Attila F. Kovács.  The reconstruction plans for the House of Terror Museum were designed by architects János Sándor and Kálmán Újszászy; the contractor was Architecton Share Co. The background music to the exhibition was composed by Ákos Kovács. The work with a timeless scoring for string orchestra in multiple movements goes well with the historical theme of the museum´s exhibition and contains special stereophonic mixes and sound effects.

During the reconstruction, the building has turned into a monument; the black passepartout (the decoration entablature, the blade walls and the granite sidewalk) provides a frame for the Museum, causing it to stand out by its sharp contrast to the other buildings on Andrássy street, and befitting its historic significance, focuses attention on the house itself.

Opened on February 24th, 2002 at 5 pm, the House of Terror Museum - the only one of its kind - is a monument to the memory of those held captive, tortured and killed in this building. The Museum, while presenting the horrors in a tangible way, also intends to make people understand that the sacrifice for freedom was not in vain. Ultimately, the fight against the two cruellest systems of the 20th century ended with the victory of the forces of freedom and independence.

Explore the history of the museum and gain insight into each part of the exhibition.